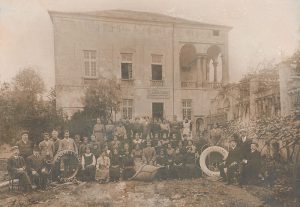 On 1st. July 1902, after Mr. Arturo Canepa left the Company, the legal status became a sole enterprise under Mr. Edoardo Campi.   In 1926 the Company began to trade in turpentine essence, pitch and derivatives, and also began to supply the Royal Army and the Royal Aeronautics. On the death of the founder, Mr. Edoardo Campi, in 1929, his sons Carlo, Vittorio and Mario Campi took over the Company.

During the years preceding the last world war, the Company supplied essential war goods to the Navy and the Army, in this way avoiding approximately 450 of the employees being called to arms.In this period the Company grew large enough to be classed as a medium-sized industry.
During the years after the war, the Company became very well known and increased the product line of marine safety equipment thanks to the Campi trio. They also acquired, directly, or through the associated Company Sicurnavi, the sole distribution of qualified International Companies, such as Schermuly now Pains Wessex Schermumly from U.K. (dealing with pyrotechnics and distress signals), Mc. Murdo (producing emergency lights), Antifire (for extinguishers), Cimex (for deck cleaning machines), RFD (for inflatable life-rafts), Verkade from Holland (for survival food rations), Bright Star from the USA (for flashlights).

In 1960 the new plastic technology allowed the Company, under the technical direction of Prof. Santo Di Rocco, to produce several new plastic items, such as the historical “Atollo”, which were supplied to all the national ships. Nowadays in Italy, as a result of the large product distribution on the market, the trade name Atollo identifies every type of emergency floating apparatus. In 1965 Edoardo Campi, Carlo’s son, developed the italian production of inflatable liferafts, manufactured, on its behalf, by Callegari & Ghigi of Ravenna, thanks to the collaboration and the expertise of the UK Company RFD.

The inflatable liferafts became one of the main products marketed by Canepa & Campi, through the relationship with the Companies Nuova Callegari & Ghigi, initially, and later Eurovinil. Renato Campi, Mario’s son, is today the director of the Company. The latest generation, Renato’s sons, Roberto and Marco, have joined its 100 years of history, continuing the tradition founded on reliability, commercial and production commitment of the whole staff. Canepa & Campi is a world leader in the manufacture of lifejackets as well as survival suits and many other products for safety of life at sea. The Company plans to update materials and approvals in order to guarantee the best world wide service. 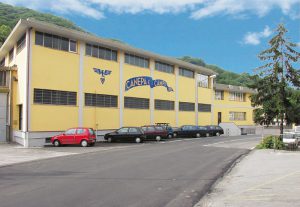 As a result of the Genoa harbour improvements, Canepa & Campi has been obliged to move from the historical offices, once situated in Marassi area and later in the Darsena area, to new premises located in Genoa Manesseno, with 2500 sq.m. floorspace. Inside the new building there are the nautical and naval warehouses, the planning and approval department, inflatable liferaft service station and the head office.

In the old Darsena area (of the Genoa harbour) Canepa & Campi still keeps, as a historical memory, its registered office and the harbour warehouse. Nowadays, the production is shared in several facilities for plastic products, textile manufacture, neoprene materials and the flag printing-house.
The latter has semi automated screen printing desks with wash basins and steam fixing. Canepa & Campi even have special plotters permitting the film and the digital printing preparation.

Recently, a special department has been established for the research and development of new products, always looking for solutions at the forefrontof Marine Safety technology.  To grant a qualified service to its customers, the Company is ISO 9001:2008 quality system certified.

As in the last 100 years, we from Canepa & Campi wish to be a point of reference for our prestigious customers, providing through this catalogue a valid guide for equipment required by the IMO SOLAS Convention, and in this way proving an indispensable tool of work.

Thanks to the great experience and industry knowledge, we are able not only to provide and recommend the best products on the market, but also to assist you even after the sale.

Offer our customers new products, with advanced technology and in line with legal regulations.

Invest in research, development and design.

Satisfied clients across the globe 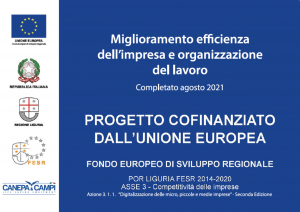